A Form that Resembles Join us this Friday, February 7th @ 6:00 PM Maria Colombo Art Opening Reception for her Solo Show at Expressiones: "A Form that Resembles." Maria is a conceptual artist whose sculptures, and installations challenge the division between the realm of memory and the realm of experience. Her work absorbs the tradition of the art of memory and is embedded into her daily practice. This personal follow-up and the rebirth of a past tradition are important as an act of meditation that is the core of her work. Guido Garaycochea Expressiones 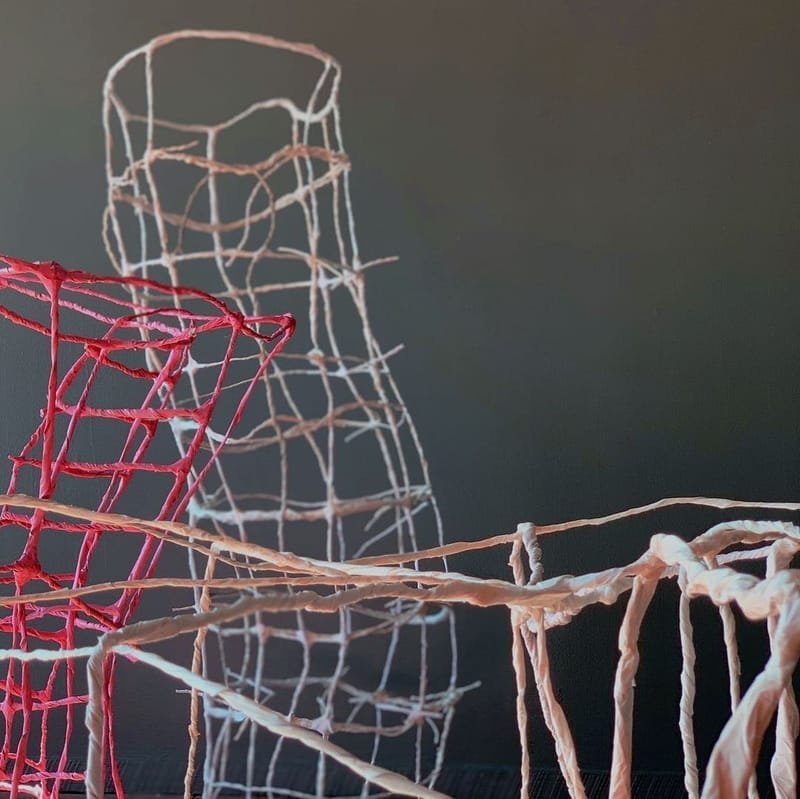 “To deeply explore these objects, I need the stories and events of which they are part. Science fiction literature and all its appliances, poetry and sound are raised as references. But also, the history of art, the drawings of the first machines and the first inventors and their excitement about artifactual innovation. The coordinates play between plausibility and fiction allows me to immerse myself in the possibility of discovering the utopian universe of these objects, inventing their own archeology, their own geographical and historical context.”
Maria Colombo
Expressiones Artist in Residence

María Colombo was born in Buenos Aires Argentina in 1981 and has a degree as a Stage Designer at the La Plata Theater School. She has participated to many Artist in Residence in Europa and the United States. In 2017 Maria had a Solo at the ICBC Foundation (curated by Leila Tschopp) and the Acéfala Gallery (curated by Martín Huberman). She was part of  the Molina Campos 2017/2018 Salon and the MACSUR 2018 Salon. During 2018, Maria exhibited in Laboratory (curated by Debbie Reda), in the Federal Gallery and individually in the Banco Provincia Museum and in La Casona de los Olivera. Colombo received the 2018 Scholarship for the Creation of the National Endowment for the Arts of Argentina. In 2019, she had her last  a Solo Exhibition "Pero esto también soy yo" in Granada Gallery and participated in the Utopia section of Arteba, the argentinian art fair. Her work is represented by Granada Gallery.